What is a DORA?

Dora may be everyone’s favorite explorer, but in Whitehall a DORA (Designated Outdoor Refreshment Area) is a designated location where community members who are 21+ can enjoy adult beverages, sold by licensed liquor establishments, outdoors.

The City of Whitehall has established a DORA for the specified area encompassing businesses and community amenities near the intersection of East Broad Street and Hamilton Road (see map below). At first, the DORA will serve the southwest corner of the intersection, with 2 Tones Brewing Co. , Old Bag of Nails Pub and Holiday Lanes all participating.

The DORA also includes the new community park within Norton Crossing (The Kelley Green), which allows for licensed liquor establishments and special event liquor license holders to serve adult beverages to community members at special events, such as Market on the Green and Movies on the Green. Don’t worry, we’ll still have our more family-oriented movie series Movies in the Moonlight at John Bishop Park too.

Because of the DORA, during certain hours (even without a special event), community members are able to grab an adult beverage from one of the above establishments (served in a special DORA cup) and sit outdoors with family and friends at the new park to enjoy a picnic, play cornhole and more.

Later, the DORA will be expanded to include licensed liquor establishments in the new development coming to the northeast corner of the intersection. Given that these establishments won’t be open for about two years, we’ll share more on expanding the DORA later. In the meantime, major intersection improvements (designed to increase pedestrian, cyclist and motorist safety) are planned for the Broad Street and Hamilton Road intersection. Read more about the major improvements here… 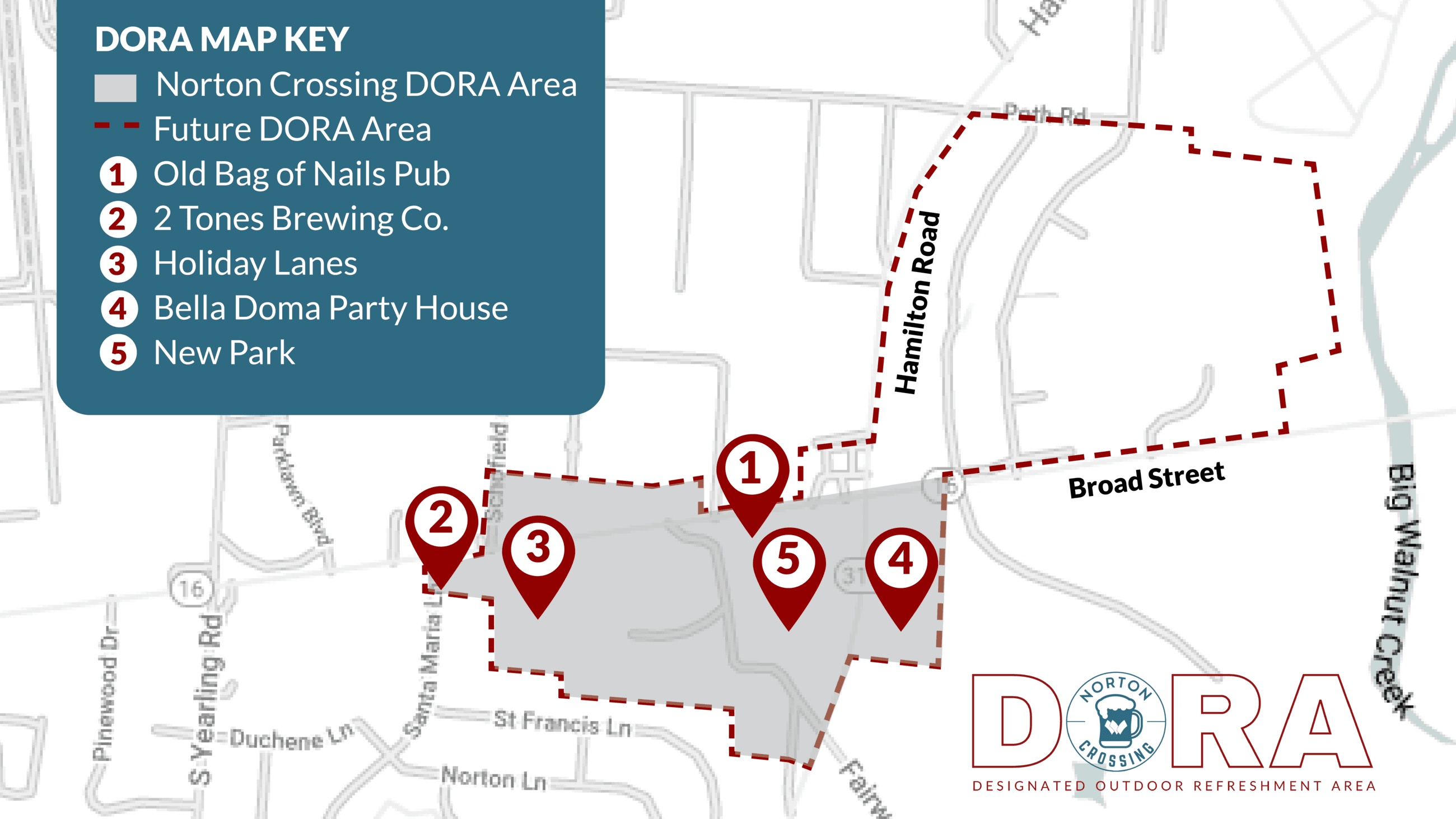 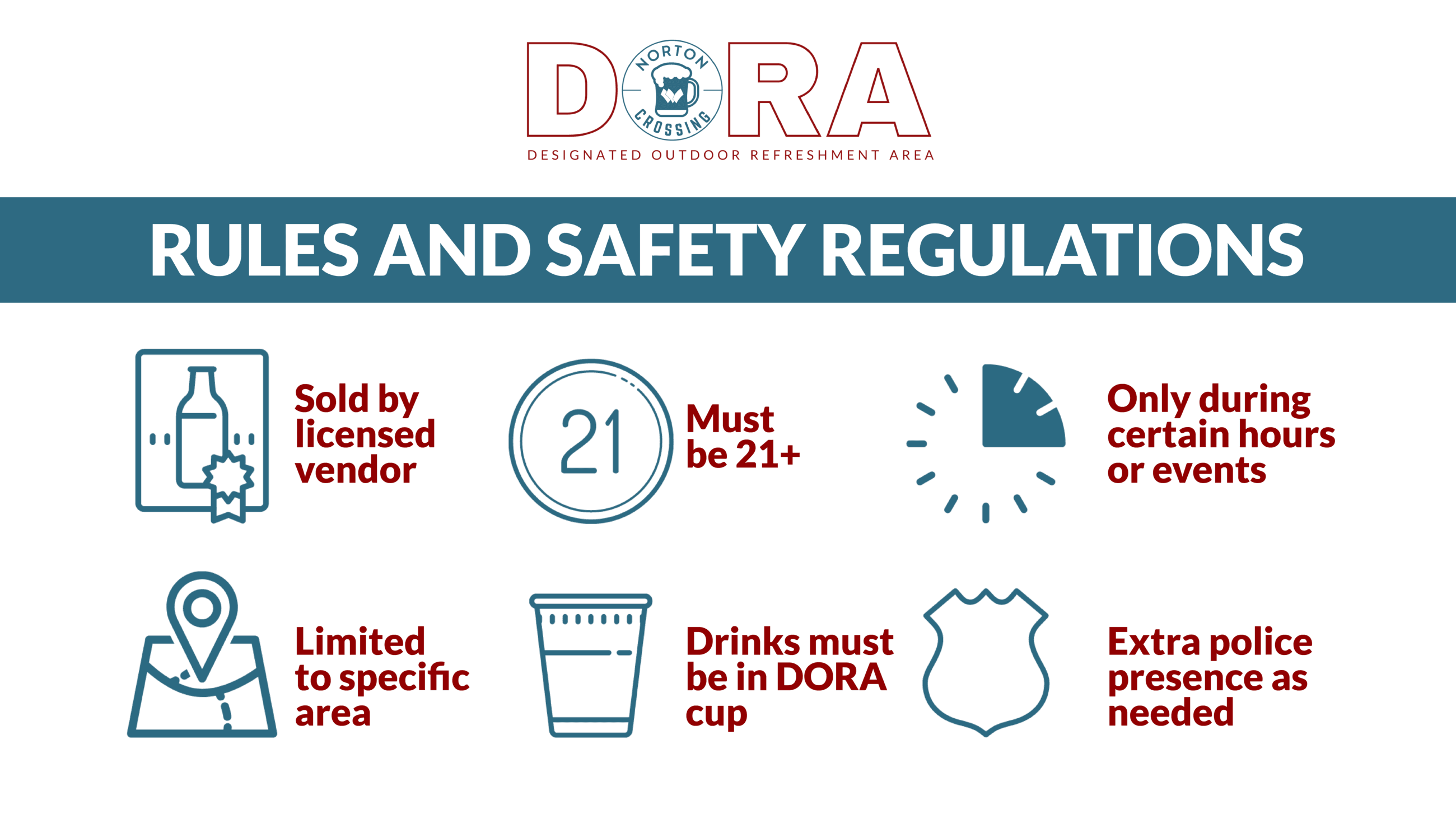 Staying Safe and Respecting the Neighborhood